Storage is seen by many as the savior of unreliable renewables, yet it would seem that the additional costs of storage, both the initial and perpetual costs, are enormous and that current technologies aren’t viable.

In 2016, Pacific Gas & Electric reported on an 18-month trial of storage on the grid.
The following details are from T&D website, operated by Penton Information Services: 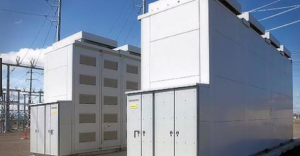 Here are some of the conclusions from the T&D analysis.

“If revenues from market participation are to be the key driver of evaluating the cost-effectiveness of battery storage, it is recommended to be conservative in the forecasting of those revenues. With California Assembly Bill 2514 and its requirements that utilities procure 1.3 gigawatts of energy storage, California ratepayers could expect to pay billions of dollars for the deployment and operations of these resources.” (Emphasis added.)

“There has been no breakthrough in electricity storage technology that delivers all the requisite features of high energy density, high power, long life, high roundtrip efficiency, safe handling, and competitive cost.”

Batteries must be replaced every 10 to 20 years, while a natural gas power plant can last for 60 years.

Clearly, batteries of any type are not a viable method for storing electricity. They are not a substitute for fossil fuel power plants.