Why would a blemish on the sun, that could barely be seen with the naked eye, be of interest to us on Earth?

The first person who identified a linkage between sunspots and the earth was an astronomer, William Herschel (1738-1822). Herschel had previously shown that invisible rays from the sun produced higher temperatures during his experiments comparing temperatures with colors produced by a prism.

What he had discovered was infrared heat emanating from the sun.

This demonstrated that sunspots affected the earth’s climate.

During the 1800s, the 11-year sunspot cycle was established.

Later, by 1880, children were being taught in school that the weather was modified by sunspots.

It has been determined that sunspots create magnetic storms projecting “particles of plasma” into space, referred to as the solar wind. These magnetic storms affect the Earth, most visibly by creating the aurora borealis.

In 1859, there was a solar storm so large that it created the aurora as far south as the Caribbean, and from the South Pole as far north as Peru.

At the time of the storm, the telegraph was the only system on earth using electromagnets with wiring stretched across the globe.

The magnetic storm of 1859, which became known as the Carrington Event, after another astronomer, was so powerful that it created explosions at telegraph offices. It was reported, “Streams of fire leaped around the apparatus”. All night long telegraph equipment around the world was pummeled by this powerful magnetic storm.

More recently, in 1989, a geomagnetic storm one-third the size of the Carrington Event caused the grid in Quebec, Canada to fail. A subsequent report said, “Geomagnetic storms can cause intense internal heating in extra-high-voltage transformers, putting them at risk of failure or permanent damage.”

The fewer the number of sunspots the more cosmic rays entering the atmosphere, resulting in more low-level clouds and cooler temperatures.

A few weeks ago, NASA issued this warning:

“Data from NASA’s Solar Dynamics Observatory revealed a vast region where the sun’s magnetic field has opened up, creating a gap in the sun’s outer atmosphere, called the corona. This region, also known as a coronal hole, allows charged particles to escape and flow toward Earth in an increased solar wind. As a result, the U.S. Space Weather Prediction Center (SWPC) has issued a geomagnetic storm watch for today and tomorrow (April 10 and 11).”

Today, a storm the size of the Carrington Event could destroy extra-high-voltage transformers in the northern portions of the United States, shutting down the grid for as long as a year, and completely cutting off electricity to some 200 million people from Boston to Seattle.

We now know, beginning with Herschel’s linking the number of sunspots to the price of wheat, followed by Eddy’s linking of the Maunder Minimum to the Little Ice Age, and the huge solar storm of 1859 and the storm in 1989, that sunspots affect the earth.

These are accepted scientific facts.

The IPCC, with its fixation on CO2 emissions, virtually ignores these facts. 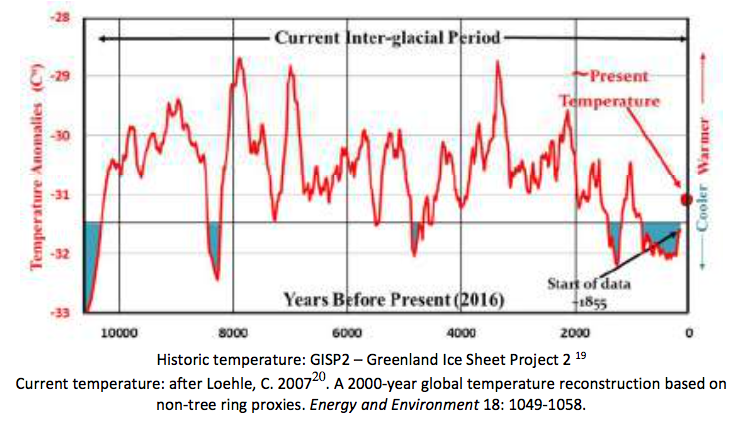 We know there have been at least ten periods over the past 10,000 years that temperatures have been higher than today for a few hundred years, while atmospheric CO2 levels have remained essentially constant at 280 ppm, and that the sun could easily have been the cause.

Given all the scientific evidence, isn’t it reasonable to conclude that the sun has a significant effect on the earth’s climate?