(The following article was published in January 2016 and is still relevant today. It is repeated now by an associate, while I do not have access to the Internet.)

Millions, probably billions of dollars have been wasted by investing in biofuel companies in an effort to replace oil.

Fortune magazine recently highlighted the failure of a biofuel company, but there have been many more.

The company on which Fortune reported was KIOR, which received a start-up investment from Vinod Khosla. This was not the first investment in biofuels by Khosla where the company went bankrupt.

Range Fuels went bankrupt after Khosla’s initial investment and $86 million in grants from the Department of Energy and the state of Georgia, plus an $80 million loan guarantee from the US government.

Overall, Fortune reported that Khosla has invested in a dozen biofuel and biochemical companies.

But KIOR and Range Fuels are merely the tip of the iceberg.

A few more biofuel companies that have gone bankrupt include:

Others, such as Algenol, are probably in financial trouble. Algenol recently cut its workforce.

The fundamental problem with KIOR was that it couldn’t achieve the required output or yield to make the company profitable. It claimed it could achieve a yield of 67 gallons of gasoline from a ton of dry biomass, yet apparently never achieved that yield.

These failures highlight the first reason why biofuels are a false promise, while the second reason is equally important:

The question of available feedstock is highlighted in Nothing to Fear where a company has claimed to achieve a yield of 91 gallons per ton of wood from pine trees.

From Chapter 10 of Nothing to Fear:

“The possibility of producing biofuels economically and in required quantities seems remote … if not absurd.” 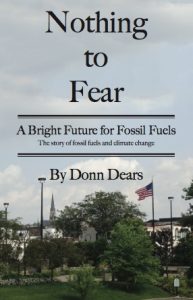 There probably are a large number of biofuel companies that were initially started to develop biofuels to replace oil, but who have now found themselves in financial trouble.

These companies seem to have shifted their focus from producing biofuels to producing an alternative product, in some cases foodstuffs. Algenol, for example, is shifting to a “water treatment and carbon capture now, and maybe fuels later” strategy after replacing its CEO.

Each of the following companies seem to be shifting to foodstuffs:

Interestingly, Celliana still apparently received funding from the Department of Energy after making the switch to foodstuffs.

All the money being invested by the government comes from taxpayers, who could have used the money for items they deemed more important, or to increase their retirement savings.

These companies attempted to use feedstocks other than corn. Corn is a food, and it is a moral outrage to use food to produce ethanol to replace gasoline.

Biofuels are not a viable alternative to gasoline, diesel or jet fuel.

2 Replies to “False Promise of Biofuels”