The US Naval Institute (USNI) has recently featured several articles in its Proceedings magazine and on its USNI News website, demonstrating the Navy’s lack of capabilities for clearing minefields.

These two headlines encapsulate the problem.

First, the existing mine warfare ships, the Avenger Class, are nearly 30 years old and entered service while Reagan was president; while the MH-53E Sea Dragons mine countermeasures (MCM) helicopters used for sweeping mines are so old that spare parts are hard to find.

Second, the Littoral Combat Ship (LCS) was a design created to save money by incorporating three missions in a single ship. One mission was for mine countermeasures (MCM) where a special MCM package of equipment and crew could be housed onboard during periods when mine countermeasures were being performed. Another package was for anti-submarine warfare. The LCS has had less than stellar performance and MCM is finally being divorced from the ship.

The latest effort has been to establish an expeditionary MCM (ExMCM) company of highly trained MCM men and specialized equipment.

While the ExMCM is a step in the right direction, they lack the equipment they really need, which are unmanned underwater platforms that can operate for extended periods of time locating and disposing of mines … especially modern, bottom mimes.

Currently, there are six ExMCM companies in operation, which is insufficient given the many areas around the world where mines represent a serious potential threat.

Bottom mines rest on the ocean floor and can be laid by submarines, small craft, and airplanes.

The Navy has the Kingfish and Swordfish which are operational UUVs. The Swordfish can only operate for six to eight hours, far too short to map an extensive minefield. Its sonar has the ability to electronically, equal visual identification of mines, which is good.

Previously, objects had to be eyeballed, using cameras, to establish they were actually mines and not junk lying on the ocean floor.

The Kingfish can operate for 20 hours before needing to be recharged but has a less capable sonar.

Once detected, the mine has to be exploded and a UUV is needed to do this so that men don’t have to risk their lives. In addition, bottom mines can lie a few hundred feet underwater and can’t easily be reached my bomb disposal personnel.

Iran could easily mine the Strait of Hormuz and block 20% of the world’s oil supply. 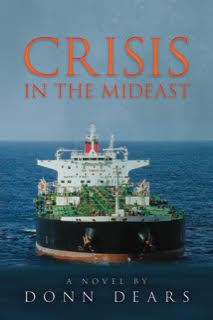 This is the premise behind the book Crisis in the Mideast. The book, while fiction, confronts real Issues resulting from the mining of the Strait of Hormuz:

As the MCM capability of the Navy currently stands, it would take months to clear the Strait of Hormuz of mines.

This is an issue on which the Navy needs to spend more time and money. For far too long, MCM has been an orphan child receiving too little attention and too little money.