The year 2019 is likely to see an effort to promote socialism and its related tenets.

With that in mind it’s worth:

Socialism has been tried by many countries over the past one-hundred years.

However, adopting a few social programs is not Socialism.

The primary difference between Capitalism, Socialism, and Communism is found by answering the question:

Who owns or controls the means of production?

Progressing from Capitalism, down the economic chain, to Communism, must lead to Fascism, because it requires big government to enforce the regulations and legislation that transforms Capitalism to Socialism and then to Communism.

Progressing down the chain results in progressively less and less freedom.

A List of countries that have adopted Socialism over the past one-hundred years is a pantheon of horrors: The Soviet Union, North Korea, Nazi Germany, Venezuela, Cuba, and China. And this list doesn’t include the countries of Eastern Europe which had Communism imposed on them.

Fortunately, the leaders of the Climate Change movement have been forthright about their motives.

The leading proponents of Climate Change are the UNFCCC, the IPCC and the United Nations.

The Intergovernmental Panel on Climate Change (IPCC) was established by the United Nations Environment Program (UNEP) and the World Meteorological Organization (WMO) in 1988. The IPCC’s role was defined by the UN General Assembly as: Investigate the “risk of human-induced climate change”.

It should be noted that the IPCC’s purpose was narrowly defined, i.e., investigate the risk of human-induced climate change, which excludes the IPCC from examining other causes such as the sun.

The leaders of these groups have stated publicly that they are attempting to change the capitalist system. They are promoting Socialism.

Here is a quote from Christiana Figueres, executive secretary of the UNFCCC, who made this very clear when she said:

“This is probably the most difficult task we have ever given ourselves, which is to intentionally transform the economic development model, for the first time in human history. This is the first time in the history of mankind that we are setting ourselves the task of intentionally, within a defined period of time, to change the economic development model that has been reigning for the, at least, 150 years, since the industrial revolution.”

“Climate policy has almost nothing to do anymore with environmental protection. The next world climate summit in Cancun is actually an economy summit during which the distribution of the world’s resources will be negotiated.”

Many others, such as Naomi Klein, have blamed Capitalism for Climate Change.

Or, as stated in this headline taken from the Internet: 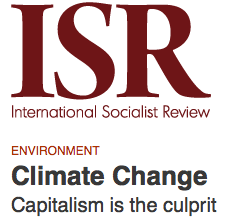 The stage has been set for a confrontation between capitalism and socialism in 2019.

Climate change, i.e., global warming, will be an important contrivance used by Socialists as they attempt to impose their political vision on America.

The science is being corrupted toward that end.

Readers can be confident that all articles published on Power For USA are factually correct.

Sources are available by requesting them in comments.

10 Replies to “Climate Change and Socialism”