The major headlines from the latest sales report are: 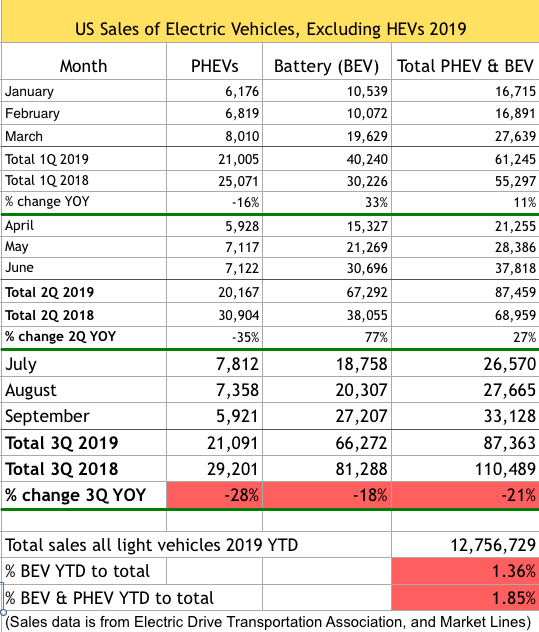 Since their inception, BEVs have never reached 1.5% of total light vehicle sales in any year in the United States.

This is a dismal record for a technology that was supposed to sweep the country … eventually.

With the advent of a plethora of new BEV models, and with Germany mandating that BEVs must replace all new light vehicle sales by 2030, US sales of BEVs might still increase.

It’s not known whether the German car manufacturers will continue to make internal combustion engine (ICE) vehicles in the United States, but it would seem they will have to continue making them or forego the North American car market.

However, this will be a huge burden since the supporting industries for R&D and for ICE engines and accessories may have been dismantled in Germany.

Germany will truly be at a crossroads over the next few years.

If they dismantle their ICE suppliers in Germany they will not be able to export cars to the US. Will they have a supplier network in the US to support ICE sales here?

GM, Ford and Chrysler could be major beneficiaries of Germany’s plan to end the manufacture of ICE vehicles.

From an economic viewpoint, the cost of batteries for BEVs must come down from around $200 per kWh to below $80 per kWh for BEVs to be competitive with gasoline and diesel-powered vehicles, and this isn’t likely to happen for the next several years. See, Economics of Battery-Powered Vehicles

Subsidies could help BEV sales even though they are not economically competitive.

It would appear that a crunch time is coming for BEVs.