…How the Media Misleads Americans…

Never a day goes by without observing how the media and some politicians try to mislead the American public.

Recently, T&D World, located in New York City, published an article referring to the Grid as “The Internet of Electricity.”

While it’s true that the Grid is a highly interconnected web of power lines and equipment, it is very misleading to compare it with the Internet.

Virtually everyone associates the Internet with websites, email and other communications networks. It cannot be compared with the grid.

Worst of all, it implies that the Grid is as easy to manipulate as are websites such as Facebook, or communications services such as Twitter.

The Internet is based on electronics, where tiny bits and bytes are carried over fiber cable or even the air using Wi-Fi where power levels are extremely low.

The Internet has its unique capabilities and requirements rooted in software and bundling bits and bytes, ones and zeros, into packets that can be whisked around the system at the speed of light using very low voltages and currents. In other words, with very low requirements for power.

A child can plug his or her iPhone charging cable into the wall outlet with virtually no fear of electrocution.

Dealing with power on the grid is entirely different. It’s not as easy to move electricity at high voltages as it is to move bits and bytes on the Internet.

Electricity can kill you, and, at high voltages, be so powerful it can burn your body to a crisp.

Dealing with high voltages and currents requires an entirely different mindset and group of technologies. Equating the Internet to the grid is fallacious and misleading.

People know how easy it is to use an iPhone or go to their Facebook page, and instinctively equate this seemingly easy process with making changes to the grid.

If symbols are needed to compare the Internet with the Grid, let me use a gerbil compared to a polar bear.

A gerbil is small and fluffy, and provides entertainment, while a polar bear will eat you, if you give it the opportunity.

Merely upgrading a pad-mounted transformer next to your home to accommodate the addition of a BEV puts a lineman in danger of electrocution.

An earthquake that causes two wires to cross can cause a pole-mounted transformer to explode, sending burning oil onto the ground.

If transmission wires come in contact with each other or with the ground, it can initiate a set of events that can blackout the entire midAtlantic area.

A malfunctioning circuit breaker or transformer can cause a ball of fire at a substation. 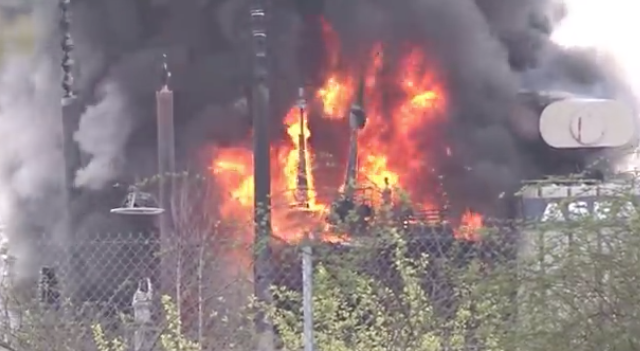 All of these events have actually occurred.

The media is too glib when it talks about the grid which gives people the wrong impression on how simple it is to make changes. The grid is not The Internet of Electricity, by any imagination.

2 Replies to “How the Media Misleads Americans”