…Nothing to Fear from CO2…

Over the past few months, several highly qualified scientists have announced that CO2 is not an existential threat to mankind.

Then in January, of this year, the Washington Post reported on the news, that had been circulating for the past few months, that RCP 8.5 was an unlikely extreme scenario.

“Zeke Hausfather of the Breakthrough Institute, and Glen Peters, an energy expert at the Norwegian science organization CICERO, argue that the scenario [8.5] ought to be discarded.”

“Happily — and that’s a word we climatologists rarely get to use — the world imagined in RCP 8.5 is one that, in our view, becomes increasingly implausible with every passing year.”

RCP 8.5 has been discredited, and it was the source of much of the extreme reporting found in the media.

(Emphasis has been added in quotations.)

The accompanying table from Dr. Curry’s paper shows the possibility of cooler temperatures.

And, again on February 13, Dr. Roy Spencer published his paper and slides. 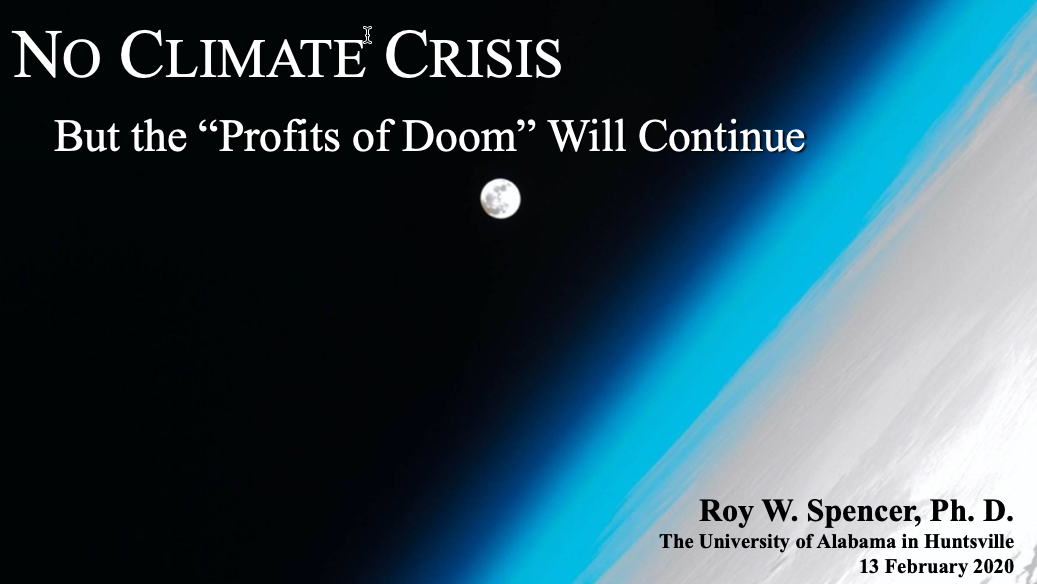 In addition to knowing that the IPCC’s computer programs overstate the effect of CO2 emissions on the atmosphere by a factor of 2 or 3 times actual temperature rise, we now have data showing little effect from a doubling of atmospheric CO2, information that temperatures could be cooler, that the extreme RCP 8.5 has been discredited, and that there is no climate crisis.

This is good news for humanity.

2 Replies to “Nothing to Fear from CO2”