Daimler’s fuel cell division will become part of a joint venture with Volvo, which plans on developing a fuel cell truck.

It’s been obvious for years that fuel cells are far too expensive for use in an automobile, yet Daimler had announced it would have an affordable fuel cell vehicle by 2017. See earlier article https://bit.ly/3bCZUId

The absurdity of fuel cell cars was discussed in a two part series earlier. See The massive cost of fuel cell vehicles.

Equally interesting is that VW had established that battery powered vehicles were twice as efficient as fuel cell vehicles. 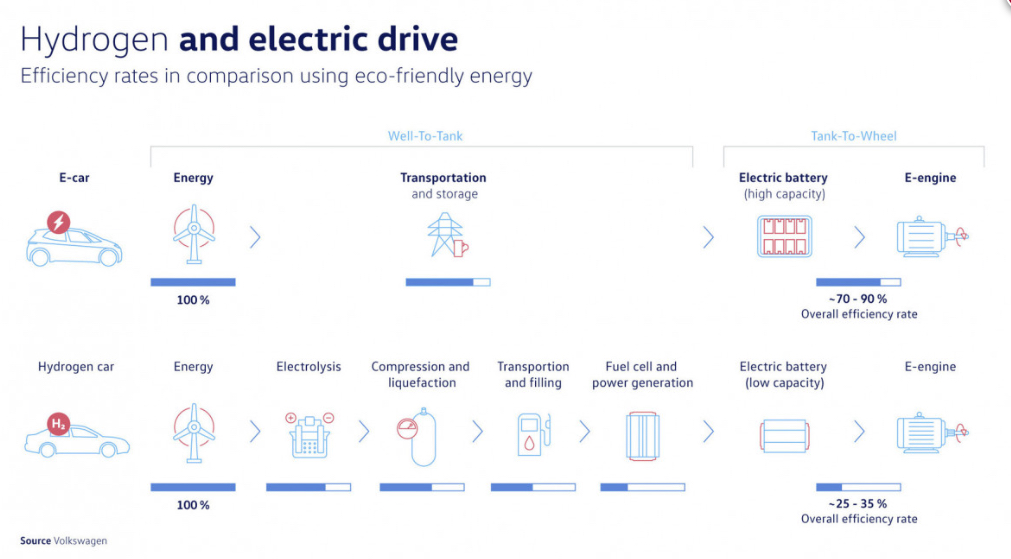 In an earlier article, I said that BEVs were probably twice as efficient as gasoline powered vehicles. See, Future of Battery Powered Vehicles

As that article pointed out, it would take time for BEVs to overtake ICEs due to other impediments.

It’s now clear that fuel cell vehicles have lost the race as the future vehicle of choice.

In the future, perhaps around 2040, BEVs will be the car of choice.

Between now and then, ICEs will be the economic choice.

Fuel cell vehicles will be the car of the far distant future, if ever.