…Fear of Climate Change is Bad for America…

Over the past twenty years, climate change has become an obsession that has metamorphosed into a supposed existential threat to humanity.

The primary source of CO2 emissions is fossil fuels, so fossil fuels have been promoted as an enemy, rather than the source of prosperity.

The United States has spent billions of dollars trying to cut CO2 emissions. This is money that could have been spent on new scientific developments or rebuilding our country’s infrastructure.

Here are a few examples:

The Allam cycle is one such process under development.

The sole purpose of the process is to capture CO2.

Net Power, the developers of the process, has built a demonstration plant in Texas. They propose using carbon capture tax credits for a commercial 300 MW plant.

However, the claim is made, in headlines, that it’s more efficient than an NGCC power plant equipped to capture CO2.

The headline is, at best, misleading, because it fails to point out that the NGCC power plant is more efficient when it’s not encumbered with carbon capture.

They claim that the liquid CO2 can be used for enhanced oil recovery (EOR), but if oil, a fossil fuel, can’t be used there is no need for EOR.

And the remaining liquid CO2 has to be sequestered which will require building pipelines to cary the liquid CO2 to where it can be injected underground in a geologic formation. The cost of building pipelines can be substantial, especially if a large number of Allam cycle power plants are built.

All of these actions are a needless waste of financial resources. Many are also dangerous because they undermine reliability of the electric grid. 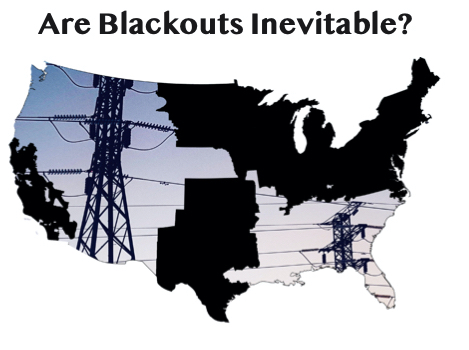 Americans need to step back, examine all the facts and then abandon the idea that CO2 is a threat. The evidence is abundantly clear: CO2 is not a threat, and, in fact, can be beneficial.

3 Replies to “Fear of Climate Change is Bad for America”