An Iranian sponsored terrorist attack kills thousands of innocent people and results in UN sanctions against Iran. Iran retaliates by blocking 20% of the world’s oil supply, bringing the world’s economy to the brink of a depression. A private citizen, a geologist, working in Saudi Arabia on a previous mission, who can avoid media scrutiny and adverse publicity, is enlisted by the US President to go to Tehran to offer the Iranian president a proposal to resolve the issue and avoid military conflict. Iranian hardliners attempt to prevent the meeting by threatening the American citizen with imprisonment or death on his arrival in Tehran. Personal animosities within the US government play an outsized role in how the crisis is handled. Embedded in this story of intrigue and action, is a love story between the American citizen-negotiator and the daughter of the Admiral heading the Fifth Fleet based in Bahrain. Can the world’s oil supply be restored before there is an economic disaster, and without a nuclear war? 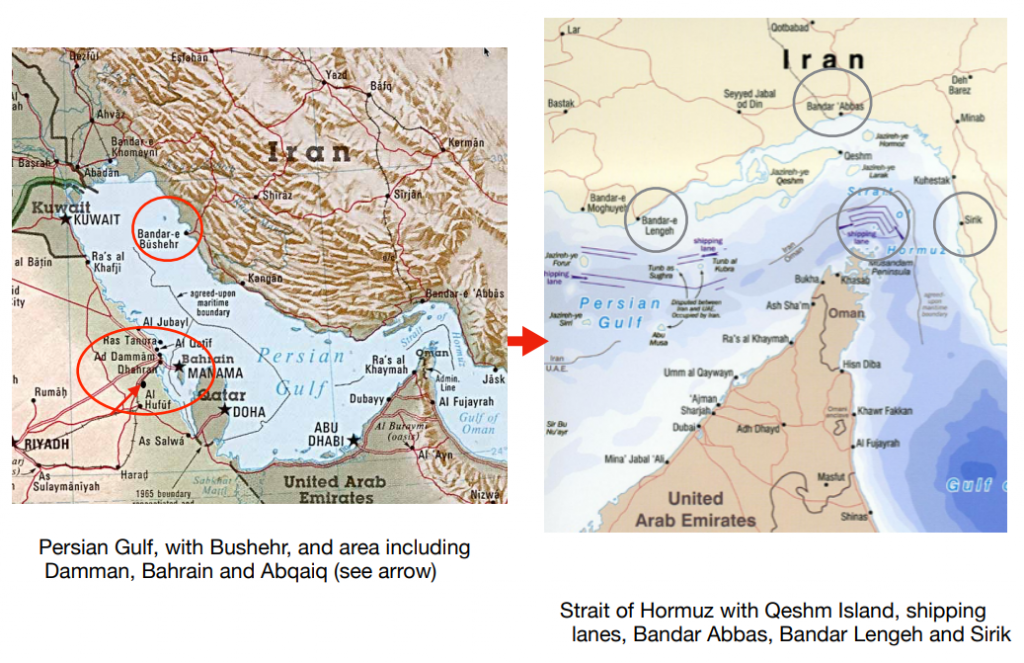 Nothing to Fear explains why mankind has the ability to withstand nearly everything mother nature may throw at it, so long as mankind doesn’t institute policies that cripple its ability to respond to potential threats.

Mankind needs the availability of more energy that s both affordable and reliable if it is to have the ability to respond to severe weather, heat or cold, rising seas, drought or any of the other conditions that could afflict people worldwide.

The terrible conditions that plagued mankind in the past, when it lacked the energy to protect itself, included famines, starvation, death from freezing cold, and death from diseases that are now largely under control.

Recently, policies have been implemented that undermine mankind’s ability to withstand threats Mother Nature may thrust upon it.

These policies have been instituted as the result of an unreasonable fear of carbon dioxide, an invisible harmless gas released when fossil fuels are burned, and an unjustified terror of climate change.

Unreasonable fear and unjustified terror were phrases used by President Roosevelt in his inaugural address to highlight that fear itself is a threat.

Today, we face a threat conjured up by questionable science that uses fear to promote policies that undermine mankind s ability to react to events.

These policies are failing, and more importantly, crippling our ability to fend off any problem that might result from changes in our natural world, whether it be higher temperatures, colder temperatures, drought or sea level rise.

The fact is, fossil fuels provide the affordable and reliable energy needed to protect mankind from Mother Nature s whims.

Nothing to Fear explores the flawed science behind the social movement that blames humans for global warming and climate change. Discrepancies with the science are discussed in Chapter 4, and the status of CO2 emissions is summarized in Chapter 5. The problems and limitations of wind and solar energy are presented in Chapters 6,7 and 8.

Chapter 9 shows how increased reliance on renewable fuels between now and 2020 will undermine the grid that collects and distributes energy to our homes and businesses.

Chapters 10 and 11 address the false hope of biofuels and how taxpayer-funded subsidies grossly distort energy markets. Chapters 12, 13 and 14 explain why carbon capture and sequestration lacks credibility, how the Waxman-Markey proposed legislation foretold the implementation of extreme EPA regulations, and why efforts to substantially reduce carbon dioxide emissions are futile.

To be complete, any book on energy must also discuss possible alternatives to the hypothesis that climate change is caused by carbon dioxide emissions. While there are several such hypotheses, the sun is singled out in Chapter 15, along with the possibility that mankind may be faced with a new Little Ice Age.

Chapters 16 describes the damage that will be done to society, and the harm that will befall millions of people around the world if governments adopt policies that attempt to drastically cut carbon dioxide emissions

Obviously, little can be done if an asteroid hits the Earth, or if the Yellowstone caldera erupts, but even in these dire situations energy might prove to be mankind s salvation.

My hope is that people will again start to use critical thinking.

Clexit is a follow-up to Dears 2015 book, Nothing to Fear. Clexit explains why the United States should withdraw from the United Nations Framework Convention on Climate Change (UNFCCC) treaty.

Dears describes the impossibility of cutting carbon dioxide (CO2) and other greenhouse gas (GHG) emissions enough to slow or stop climate change. Since the UNFCCC s purpose is to achieve, in accordance with the relevant provisions of the Convention, stabilization of greenhouse gas concentrations in the atmosphere at a level that would prevent dangerous anthropogenic interference with the climate system, and since achieving that purpose is impossible, the United States should withdraw. Dears explains why participating in, and funding, a failed treaty is immoral.

Chapter 1, The UNFCCC, explains what the treaty is, what it aims to accomplish, and what it means for the United States.

Chapter 2, Worldwide CO2 Emissions, answers the question: Can CO2 emissions be cut 50% worldwide by 2050, or will there be a climate catastrophe?

Chapter 4, Cutting U.S. Gasoline Use 80%, discusses electric vehicles and fuel-cell vehicles, concludes the United States cannot cut emissions from its transportation fleet by 80 percent.Chapter 5, Comments on the UNFCCC Treaty, offers commentary on several provisions of the treaty.Appendix 1 discusses the unworkability of carbon capture and sequestration.Appendix 2 discusses alternative uses of CO2, explaining, “Nothing is on the horizon to convert CO2 to some other product that would affect how to dispose of captured CO2 between now and 2050.”

Appendix 4 discusses the decline of nuclear power in the United States.

Appendix 5 is the text of the UNFCCC Treaty, annotated for easy reference to the comments made in Chapter 5.

A private citizen, a geologist, working in Saudi Arabia on a previous mission, who can avoid media scrutiny and adverse publicity, is enlisted by the US President to go to Tehran to offer the Iranian president a proposal to resolve the issue and avoid military conflict.

Iranian hardliners attempt to prevent the meeting by threatening the American citizen with imprisonment or death on his arrival in Tehran.

Personal animosities within the US government play an outsized role in how the crisis is handled. Embedded in this story of intrigue and action, is a love story between the American citizen-negotiator and the daughter of the Admiral heading the Fifth Fleet based in Bahrain.

Carbon Folly describes the various proposals for cutting CO2 emissions. It provides Americans with the information they need to make a judgment about cap & trade legislation. Carbon Folly does not address global warming per se, but asks the question: Is it possible to cut CO2 emissions by 80%? The United Nations has declared that the United States and other developed countries must reduce their CO2 emissions 80% by 2050. Carbon Folly looks at each of the technologies being discussed for achieving this requirement, including nuclear, carbon capture and sequestration and conservation. The second edition is expanded and updated. It includes a discussion of the proposed Waxman-Markey cap & trade legislation, a review of the slippery slope that started with the 1990 Rio conference, and a description of the pipeline network needed to transport liquid CO2 from coal fired power plants. There are tables showing the source of CO2 emissions, the levels that must be attained to cut them by 80% and a map of the pipelines needed to transport over 30 million barrels of liquid CO2 each day to geologic formations that may be able to sequester CO2. Carbon Folly asks the question: What happens in a few years if cap & trade legislation is enacted and it is determined we are not able to drastically cut CO2 emissions? Carbon Folly establishes that a combination of nuclear-generated electricity and electric vehicles could achieve such an objective, but explores whether building over 300 nuclear power plants is feasible by 2050. Without nuclear power, electric vehicles do not significantly reduce CO2 emissions. But, what about wind, solar and other alternatives? Each is examined so Americans can make judgments about them in the context of cutting CO2 emissions.